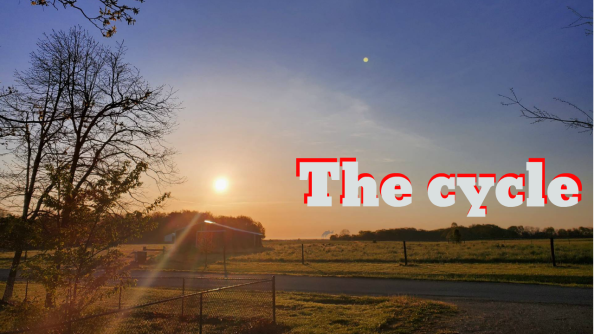 Be appreciative of victory, but never impressed. Victory will not satisfy our desire. Failure will humble us.

I realize each new day as the sun rises, I am doing as an adult what I did as a kid. What I mean by this is as children we often begin our social imprinting through reference experiences to direct our future behaviors between ages 3-6. As a kid I was very violent toward others and in the military, I found a controlled outlet for my violence. Once I understood what anger and violence “actually” was and it’s place in my life, I was finally able to control it. I could even use anger to my advantage. I understood why I was angry. I understood why I enjoyed the violence of war and the chaos it brought into my life. It was exciting and it was a rush. It wasn’t war I desired. Before I retired, I realized it was that rush that I desired the most.

This week, on Tuesday I will be releasing a video about politics and why they are polarizing. Plus you get to go for a drive with me! On Thursday I will discuss an epiphany (I think that’s the right word) I have recently experienced and the awesome things that activity has brought. I’m soliciting for people interested in participating in a LIVE discussion with me on Youtube or Facebook so I can make that a more regular thing, plus I really want to learn more about others! Be looking for all of that soon.

After I retired, I began eliminating bad behaviors and subtleties in my life that prevented me from properly communicating with others and prevented me from pursuing that rush I missed. I discovered behaviors are often cyclic and we have opportunities to identify as well as eliminate behaviors causing undesirable conditions in our lives. But only if we try.

Because we can often make changes to our situation by changing our own perspective and our behaviors, I realized almost everything occurring now is cyclic as well. As the sun rises every day, I have an opportunity to fail once again in a controlled manner, to learn and to change. Just like when I was in the service, eventually I’ll find that action that grants the success I desire and redirect my push into that direction. Like early in my military career, I’m once again willing to try new things and suffer the consequences of being an amateur or even make a fool of myself. I’m making some adjustments to my Blog and Youtube channel this week so let’s see what that brings us. This is a cycle of action and feedback. Nothing more.